Posted on November 6, 2011 by andyscoggin

On Day 2 I caught a nice price winner in the Sprint with Amazombie. With a very good win ($17.60) and place ($7.60) bet, the wagering was going well.  Amazombie was a flashback to one of my Breeders’ Cup favorites.  Elmhurst won the 1997 Sprint with the same type of closing run, while coming out of the same prep race, the Ancient Title at Santa Anita.  Yesterday’s pay off was a bit smaller than in 1997 but it was great to score in that same fashion again.

It could have been a great day if Turallure had gotten a nose farther in the Mile.  Turallure was a top pick for AndyScoggin and he went off at 13-1 (paying $10.00 to place). He needed only another few inches of racetrack to beat huge long shot Court Vision.  I am a bit upset that I did not wheel Turallure up and down in the exacta, as that exotic paid over $1,900.

UPDATE – 5:30pm – I just checked back at my original Breeders’ Cup picks that were made before pre-entries and I had 3 winners: My Miss Aurelia, Secret Circle, and St. Nicholas Abbey.  My final 15 BC picks www.horseracingnation.com/BreedersCup2011Selections had 5 winners: Secret Circle, My Miss Aurelia, Royal Delta, Amazombie, and Caleb’s Posse.  There were also two very narrow defeats in a row with Union Rags and Turallure.

Bill Mott trained Royal Delta the winner of the Ladies Classic  and Drosselmeyer took home the Classic crown.  Hall of Famer Mott is an example of everything that is good in racing. 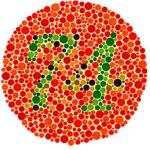 It is supposed to be the last day of racing at Monmouth today, but when I was in the very chilly and unheated press box there was talk of six more days of racing.  They have proposed two more Friday, Saturday, Sunday weekends of racing.  They need approval from the Governor.  The plan is to draw entries for the cards as they await the go ahead.

Matt Shifman, the man behind AndyScoggin, is a featured blogger covering NYRA and Monmouth Park for HorseRacingNation.com. "Racing at the Jersey Shore" covers the racing scene at Monmouth Park and "A New York State of Racing" will discuss NYRA. Matt votes for the Top 10 Thoroughbreds in the NTRA Polls at www.NTRA/polls.
View all posts by andyscoggin →
This entry was posted in Breeders Cup, Monmouth Park, Place Pick 6, Uncategorized. Bookmark the permalink.